“Former Governor Isa Yuguda of Bauchi State and his former Permanent Secretary, Special Services Alhaji Abdu Ilelah, among others, are to refund various sums of money said to have been spent on security and other matters for which relevant certification are not available. 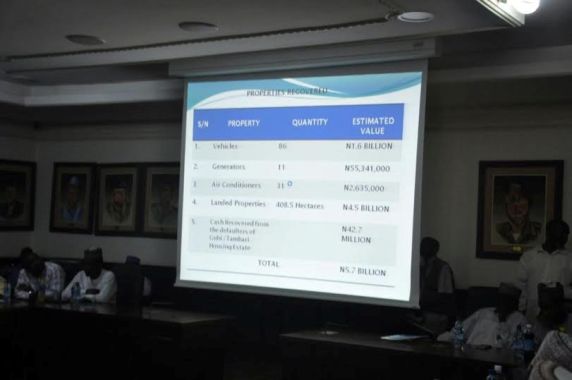 The two are to refund sum of N716, 892, 500 being the amount claimed to have been spent on security in which all relevant certification and acknowledgements are not available while the former Bauchi State Accountant General under Malam Isa Yuguda Alhaji Adamu Umar Gokaru, former Auditor General; Alhaji Abdu Usman Aliyu and former permanent secretary, Special Duties, Abdu Aliyu Ilelah should be sanctioned for gross misconduct.

These were the recommendation of the committee on the recovery of public property taken without following due process under the chairmanship of retired Air Commando Ahmed Tijjani Baba Gamawa. The committee was set up by Governor Mohammed Abdullahi to investigate the activities of Bauchi State Agency for Orphans and Vulnerable Children, BASOVCA, State Universal Basic Education Board, SUBEB, Micro, Small and Medium Enterprises and the State Ministry for Local Government and Chieftaincy Affairs from May 2007 and May 2015. 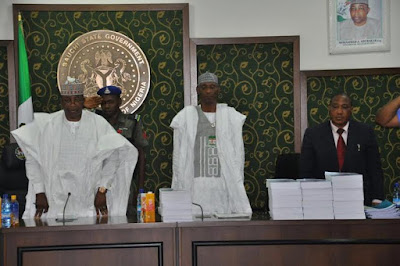 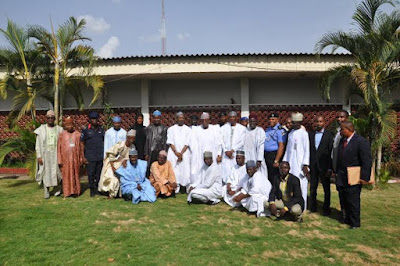 According to the chairman, the committee discovered that due process was not followed in the award of contracts at the State Universal Basic Education Board where a N110, 126, 373. 64 was released for the payment of October, 2015 teachers’ salaries and the Board utilised only the sum of N109, 351, 476.71 in paying 3,216 newly recruited teachers but could not account for the balance of N774, 897.47.

The committee alleged that N858m loan was fraudulently taken by SUBEB from Sterling Bank Nigeria Plc to fund projects already counter-funded by the State Government in 2012 while the contractor that handled the contract of the E-Library project awarded by the SUBEB in the Institute of Education, who was the Commissioner for Education, Alhaji Aminu Mohammed Ibrahim, Kangere had not executed the project fully. “The contractor failed to supply and install the Integrated Science Laboratory equipment for which he was paid the sum of N4million at the same Institute”, the chairman said.
“The accrued interest of N79million from the fixed deposit account in Sterling Bank Nigeria Plc should be jointly refunded to the State Government by the former Chairman of SUBEB, Alhaji Abdullahi Dabo and the former Chief Accountant of the Board, Alhaji Kabiru Malami Sidi” while all signatories of SUBEB accounts be made to refund the “illegal loan collected from Sterling Bank PLC as well as the associated charges amounting to N933, 604, 619.57”, the committee also recommended.
The committee also recommended that the Chief Accountant Local Education Authority Accounts at the Board, Alhaji Mohammad Alhaji should be made to account for N774, 897, 47 being balance of N110, 126, 373.64 released to the Board for the payment of October, 2015 salaries.
The committee recommended that the sum of $475, 000 US Dollars (over one hundred million Naira) be recovered from Global Mega Education and Annabel Consultants being unjustified mortgage commitments in California USA paid by the State Government, while EXTACO ALUMINIUM Nigeria Ltd was received N20.4million as advance payment for the installation of Terrazo in 29 blocks of 3 Classrooms, an Office and a store, but the contractor paid the “sum of N15 million into the account of RAPS Reliable Ventures; a company owned by Engineer Ibrahim M. Danfulani, the Chief Engineer of SUBEB out of the said amount as bribe”.
Other findings of the committee include the payment of NATA/Supervision allowances to tune the tune of N132, 361, 698.65 which were not retired by the beneficiaries, the committee therefore recommended that the beneficiaries of NATA/Supervision allowances of N132, 361,698.65 should also be made to account for the money indicated against their names in the report respectively.
In the Ministry for Local government and Chieftaincy Affairs, the committee revealed that the Ministry received the sum of N348, 571,141,755.78 as revenue from the Federation Account from April 2007 to May, 2015 and expended only N272, 743,173,889.86 but lamented that the Ministry could “not account for the balance of N75, 827, 949, 721.92 just as the Ministry could not account for the sum of N6, 193, 659, 776.32 it received between 2012 and 2014 in respect of SUREP.
Similarly, the Ministry according to the committee, purchased, on behalf of the 20 LGA’s 277,134,152 Unit of Shares in Intercellular Nigeria Plc, cumulative Shares worth 885,514,081.08 in Nigerian Sovereign Investment Authority, N44, 000,000.00 worth of Shares in African independent Television (AIT) and 10, 814.22 units of shares at Niger Delta Power Holding Company Limited but failed to provide relevant documents including evidence of accrued dividend.
The committee said a former Commissioner of the Ministry, Hajiya Talatu Mohammed Barwa, secured the approval of the former Governor for the sum of N2, 191, 248, 744.71 to provide infrastructural facilities in Health, Education and Security across the 20 Local Government Areas in the State which was not implemented.
The committee recommended that constitution of a Committee comprising of professionals to reconcile the accounts (JAAC, Sure-P & Projects Accounts) of the Ministry for Local Government Affairs in order to ensure accountability and transparency, while the former Commissioner in the Ministry, Hajiya Talatu Mohammed Barwa, be made to account for the sum of N2, 191, 248, 744.71 being amount released for the provision of infrastructural facilities in the 20 Local Government Areas which was not implemented.
The committee observed that the Central Bank of Nigeria released a loan of N2 billion to Bauchi State Government through the Agency for Sustainable Microfinance for disbursement to Micro, Small and Medium Enterprises in the State but the past administration disbursed only 500 million to the beneficiaries and fraudulently diverted N1.5 Billion to purportedly finance security needs between February and April 2015, however, details of such expenditure were not made available. It recommends undertaking a forensic audit of all accounts of the State for the period covering 2007 to May 2015 in order to ascertain the extent of misappropriation and to serve as future deterrent.
Another important area where sterling revelations were made is the Bauchi State Agency for Orphans and Vulnerable Children, BASOVCA, where the sum of N785, 486, 085.95 was received and expended as at 31st August, 2015, but similarly without necessary supporting documents attached to the payment vouchers presented to the Committee involving huge sum of money that were withdrawn in cash from the Banks for purchases.
The committee recommended that all the questionable expenditures amounting to N488, 554, 172.00 be refunded to the Government by the affected persons.
Receiving the report, Governor Mohammed Abubakar who lamented the colossal amount said to have been spent on security while State was never at war, promised to give all those indicted by the committee the opportunity to clear their names because of his belief in the rule of law. He assured that due process will be followed to recover all resources illegally taken from government.
In the meantime, the report will be tabled before the state executive council after which a white paper will be issued enunciating government’s position on it.”
In this article: