Barcelona defender and partner to pop star Shakira, Gerard Pique penned an open letter to Facebook founder, Mark Zuckerberg just hours after he announced the birth of his daughter and pledged to donate 99% of his Facebook shares to the Chan Zuckerberg Initiative, a company that Facebook says will “pursue its mission by funding non-profit organisations, making private investments and participating in policy debates, in each case with the goal of generating positive impact in areas of great need.”

Gerard & Shakira thanked Mark & wife Priscilla for their kind gesture. What he wrote after the cut 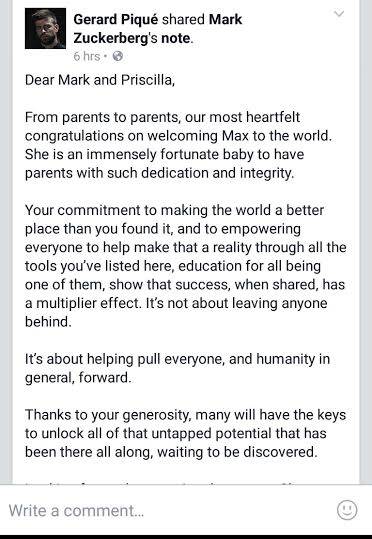