In footage filmed at the Kruger national park in South Africa, a lion and lioness are seen lying next to each other by the roadside, the randy male looks around sheepishly before proceeding to sniff his partner’s rear. The lioness acts uninterested and looks away nonchalantly.
Emboldened, the lion proceeds to bite her posterior and her reaction was instant. She flared up, all claws and fangs and batted him away.
The poor lion slinked back visibly embarrassed as the pair stared at each other, the female made sure to register her disinterest as firmly as possible before returning to her former position.
Moments later, the lion shakes himself off and lies back down by the lioness. It’s not clear whether the lioness was simply not interested or not ready but the romantic atmosphere disappeared very quickly after the love bite. 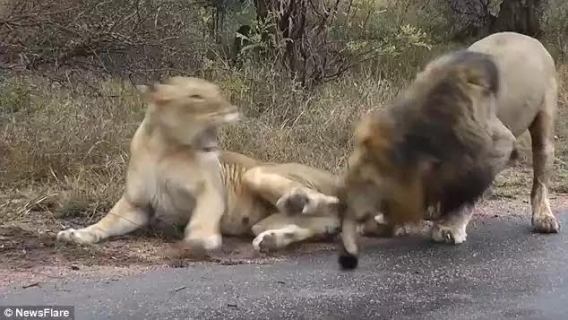 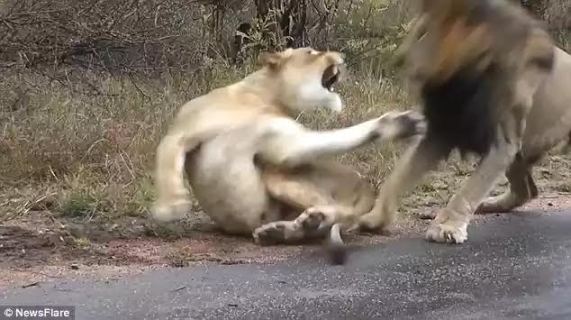 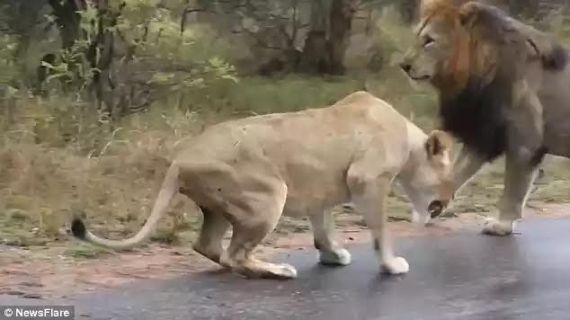 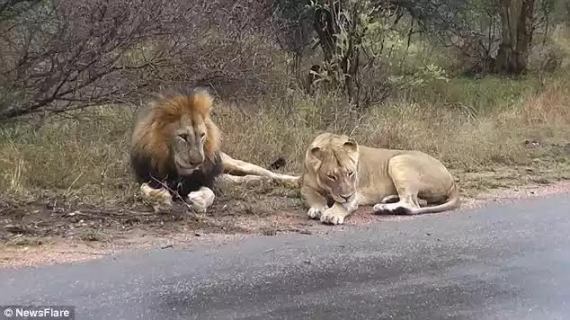 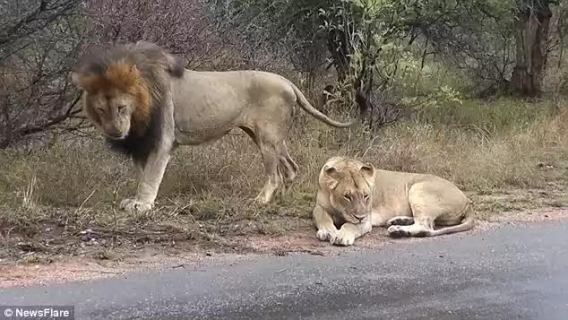