A construction worker pranked his colleagues after he dressed up as a bear and chased his colleagues round the construction site. The video which has been watched almost 500,000 times since it was released earlier this month on You tube by Tommy Czubson has gotten a lot of controversial comments with some refusing to see the funny side. With one comment saying ‘what if he was shot at?’ See the video after the cut…. 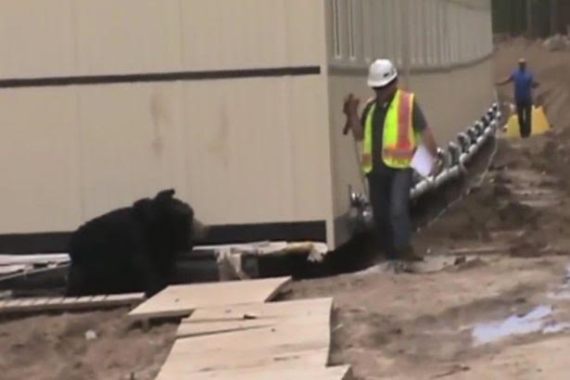