NFL player Zurlon Tipton died on Tuesday June 28th, after accidentally shooting himself at a Michigan car dealership, according to reports from The Detroit News.

26 year old Zurlon pulled into the service bay at a Chrysler Dodge Jeep Ram dealership in Roseville, Michigan, at around 9:30 a.m on Tuesday and reached for a duffel bag, which had two guns inside. One of the guns accidentally went off and shot Tipton in the stomach according to reports from Police 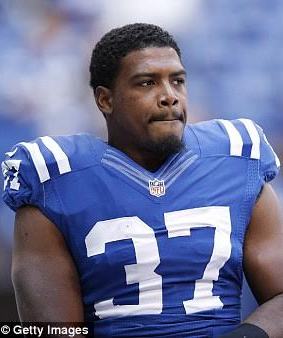 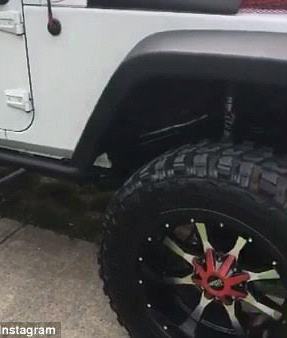 The Wayne County Medical Examiner confirmed the victim’s identity and has an autopsy scheduled for today,Wednesday, June 29.
“A gentleman … brought a vehicle into our service department between 9 and 9:30 this morning,” Mark DeMara, general manager of the dealership, told The Detroit News. “He had a transmission leak in his vehicle. At some point he reached into a duffel bag that was on the passenger seat of his vehicle and the pistol that was in there deployed and shot the gentleman in the abdomen.”
Tipton is  a running back from Sterling Heights and played football for Central Michigan University before he was later signed by the Indianapolis Colts in 2014.
He was waived at the end of the last NFL season.
May his soul Rest in Peace.
In this article:Montage Africa