Angry women in Kaduna state yesterday came out half naked to protest the recent attack on Ninte village in Godogodo Chiefdom of Jema’a Local Government, Kaduna State by suspected herdsmen.

The women from Ninte and surrounding villages staged the protest at the palace of the Chief of Godogodo. According to the women, the Federal and state government need to put a stop to the increasing cases of night killings, rape, burning of houses by the suspected herdsmen in the area. 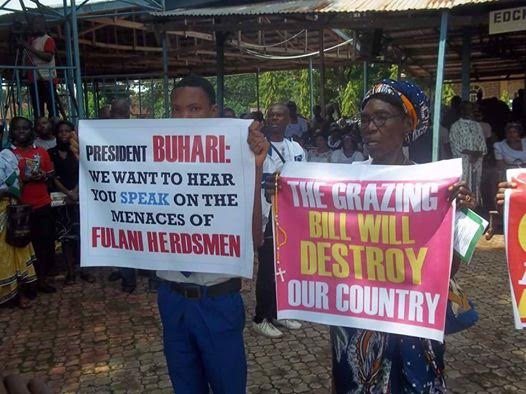