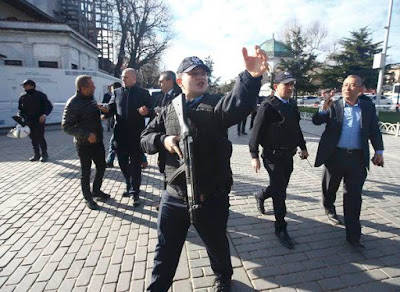 A massive explosion that rocked a square in the historic Sultanahmet district of the Turkish city of Istanbul today Tuesday, January 12 left at least 10 people dead and 15 others injured.
The Turkish authorities suspect a terror attack was the cause of the blast, a government official said, asking not to be named.
Turkish Prime Minister Ahmet Davutoglu convened an emergency security meeting of key ministers and officials after a the attack. Those taking part in the meeting include the powerful Interior Minister Efkan Ala and spy chief Hakan Fidan, the Anatolia news agency said.
Turkey’s AHaber television said the blast may have been caused by a suicide bomber, but this was not independently confirmed.
There was no official word on the case of the blast, which took place in Istanbul’s historic Sultanahmet Square, close to the Blue Mosque and Hagia Sophia, in a major tourist area of Turkey’s most populous city. 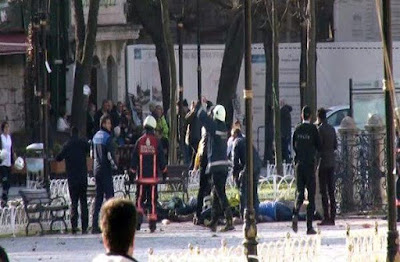 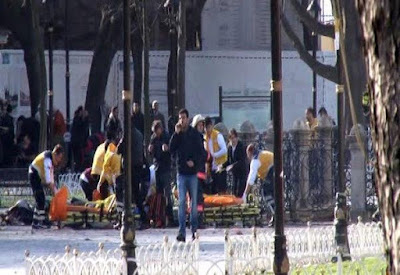 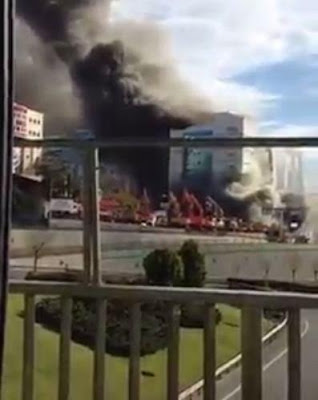 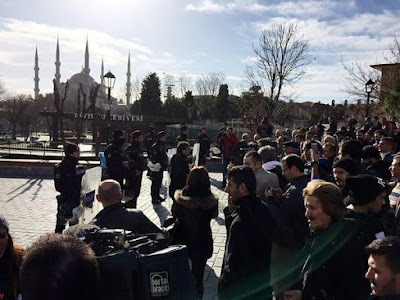 Investigations were being conducted into the type of explosive which caused the blast and those responsible, the governor’s office statement said.
“The explosion was very loud. We shook a lot. We ran out and saw body parts,” one woman who works at a nearby antiques store told Reuters, declining to give her name.
Several bodies lay on the ground in the square. A police officer and witness at the scene reported also seeing several bodies and body parts. Other reports said the authorities were studying the possibility the blast was caused by a suicide bomber.
Ambulances rushed to the scene of the explosion in. They ferried away the wounded as police cordoned off streets.
“We’re taking precautions against a second explosion,” the police officer said, ushering people out of the square.
Foreign tourists from Germany and Norway are among those wounded in the explosion, Turkey’s CNN Turk television said.
An official from one tour company who declined to be identified told Reuters that a tourist group from Germany was in the area at the time of the blast, but it was unclear whether any of them had been hurt.
The Korea Herald also reported that an unidentified number of South Koreans were injured during the explosion.
South Korea’s consulate general in the ancient city is examining the incident in the popular tourist hotspot of Sultanahmet, it said.
A local tour guide told Yonhap news agency that two Koreans, including himself, suffered “slight wounds” such as on their fingers and “several” travelers from other countries were killed. “We heard an enormous blast as I briefed my clients at the square,” the guide was quoted as saying.