The Nigeria Police Force has arrested the murderers of late Olalekan Ogunranti, Managing Director, Todays prints Ltd.
The late Olalekan Ogunranti was kidnapped on May 16, 2016 by some unknown gunmen in Osun State. The Inspector-General of Police, Ibrahim Idris on assumption of office ordered the Intelligence Response Team (IRT) of the IGP’s Monitoring Unit to take over the matter and ensure the arrest of the culprits in record time. 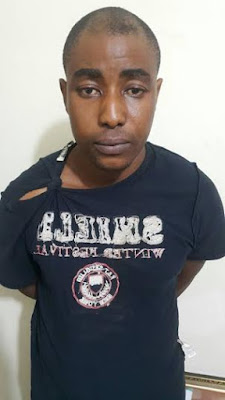 The Intelligence Response Team swung into action using all the technical resources of the Force available to them for the arrest of five prime suspects.
These include: Asimiyu Agboola, Adesina Meyidan, Ramoni Afolabi, Akeem Akorede, Coker Daniel.
Coker Daniel, one of the suspects and a 32 year old graduate, in his confessional statement led IRT operatives to Ibukun River in Ibukun local government area of Osun state where the mutilated body of the late Olalekan Ogunranti was recovered and deposited at LAUTECH Oshogbo as other suspects were arrested in Lagos and Ondo States respectively.
All suspects confessed they kidnapped, killed and mutilated the body of the late Olalekan Ogunranti to stop him from disturbing them of huge sums of money they duped the deceased.
The Inspector-General of Police, Ag, IGP Ibrahim Idris said the arrest of these murderers is a glaring evidence of the proactive nature of the Nigeria Police Force in the new dispensation, assuring Nigerians that the Nigeria Police will always ensure the security of lives and property.

From left – Right when viewing the Pictures:

5. Also, the 5th Suspect in the Single picture is Daniel Coker 32yr