EXCLUSIVE ALL ROUNDER Two police officers have been rushed to hospital after a water fight in London's Hyde Park descended in to violence today. Video footage available on request from Vantage News 19 July 2016. Please byline: Hamilton/Vantagenews.com

Two police officers and two civilians were rushed to hospital on Tuesday night after clashes broke out as the police tried to quell a huge water fight started by a mob chanting “Black Lives Matter” at Hyde Park, London.

One of the officers was stabbed while another officer was hit by a bottle during the trouble in clashes later described by witnesses as ”resembling a war zone”.

About 1000 youngsters had gathered at Hyde park’s Serpentine lake yesterday and when a water fight broke out around 9pm. Cops tried to disperse the crowd but they turned on the officers.
Many of the crowd were heard chanting “Black Lives Matter” – a slogan coined in the wake of police shootings of black youths in America.
Witness Timi Marcel tweeted: “Hyde Park is a bit of a war zone.”
Another terrified witness wrote on Facebook: “I can’t believe what I witnessed in Marble Arch whilst passing by on the bus. 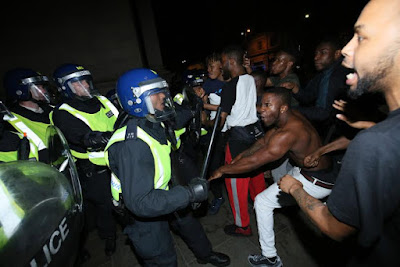 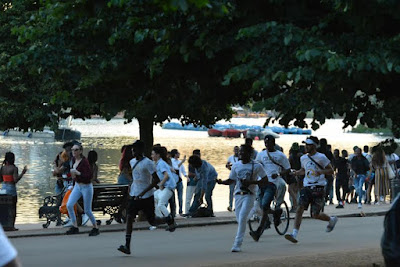 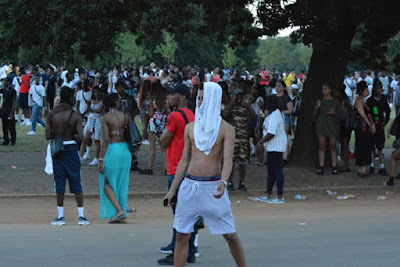 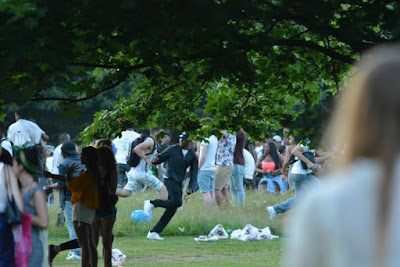 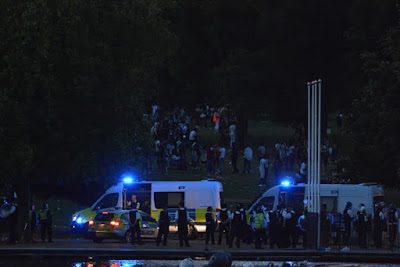 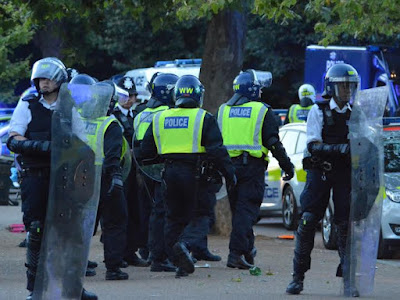 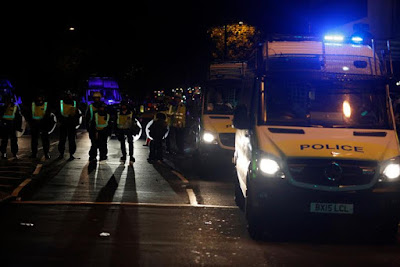 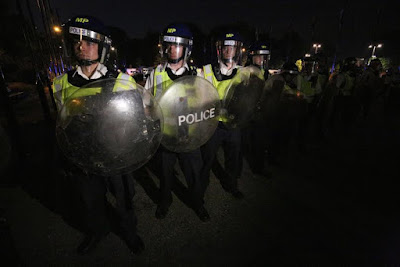 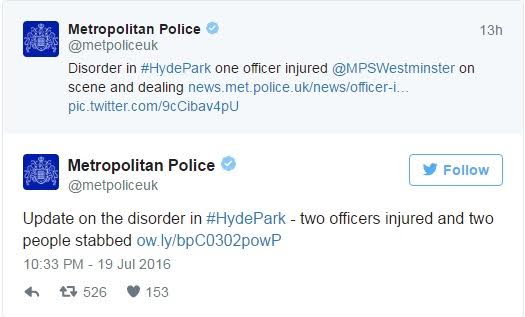