Mr Ikechukwu Anyene, president of Nigeria Union, South Africa urged president Buhari to seize the opportunity of Zuma’s visit to ask for compensation, saying none of the Xenophobia attack victims have been compensated since then despite losing their means of livelihood. 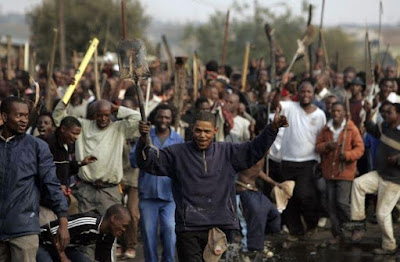 “Lots of Nigerians lost their means of livelihood, material possessions and for many, all their hard work. We have sought for compensation on behalf of these victims from the South African government through the Nigerian government so that the victims can be adequately compensated. Up to this point in time nothing has been heard about the compensation request on behalf of the victims. For some years now, a lot of Nigerians in South Africa have been victims of assassination by unknown people and rogue officers of the South African Police Service. Most of the cases have not been solved and nobody has been arrested in majority of the cases, even as many of them were reported to the police with official case numbers, this is strange in a country where the police force is efficient and the rate of successful prosecution is high up to 92.2 per cent in 2014/15. We implore the minister to demand from the highest level of South African authorities to set up a panel to investigate our claims and address our concerns,” Anyene said.