2016 has officially started with a bang and if any industry beef will top this, then I’ll seriously be surprised. Olamide has taken to Twitter to rip into Don Jazzy after a clash at the Headies awards. So here’s what happened. Reekado Banks, who is under Mavin Records beat the likes of Lil Kesh, Korede Bello and Kiss Daniel to win The Next Rated Award for 2015.

This obviously didn’t go well with Olamide and he made his feelings known when he climbed the stage with the whole YBNL team, and his artist Adekunle Gold, who won the award for Best Alternative act for his song, Shade.

While expressing his appreciation,  LilKesh prostrated before Olamide who then took the mic and said; “Lyrically Shoki ti take over, every f**king single was a hit from lyrically to Shoki (Ko ni dafun Iya anybody”, he then threw the mic and they all walked off the stage.

After Olamide’s speech, Don Jazzy won The lifetime award and addressed Olamide whom he thought was indirectly talking to him. He said “Egbon Olamide, if you want the car, come and take it.” (Next Rated win comes with a car).

Olamide went nuts after this and came for Don Jazzy on Twitter. See all the drama after the cut… 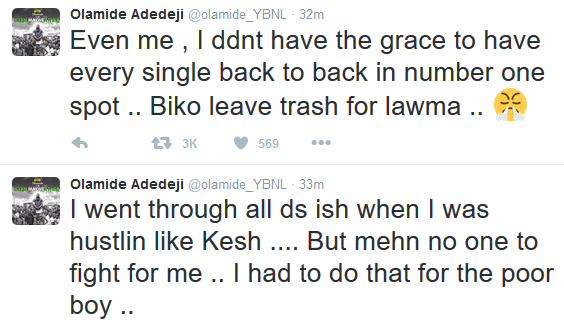 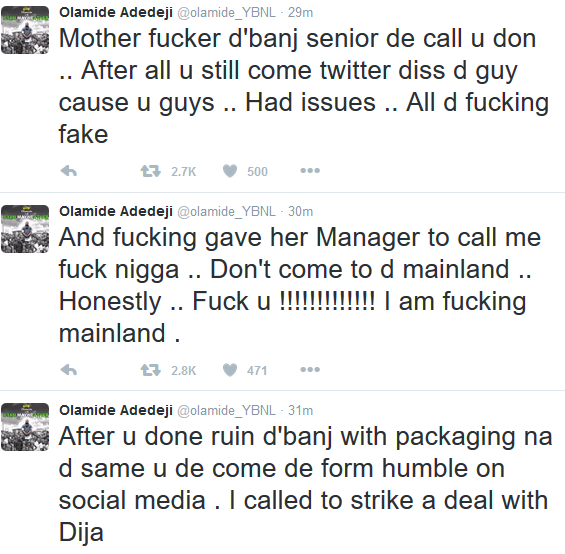 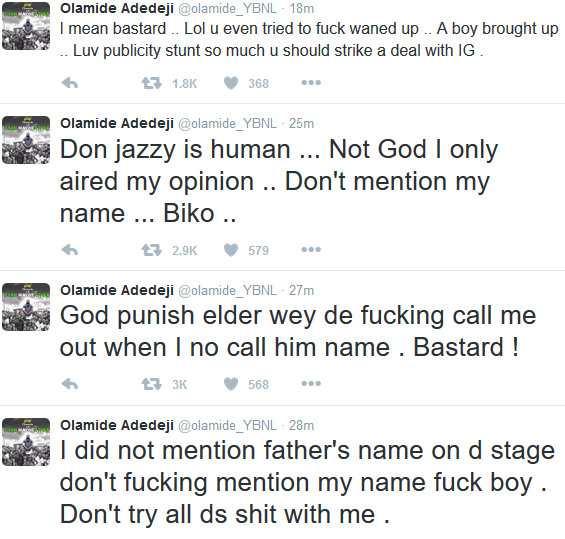 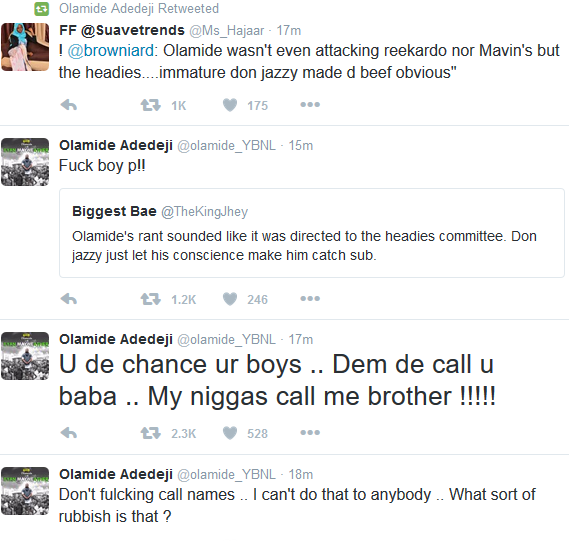 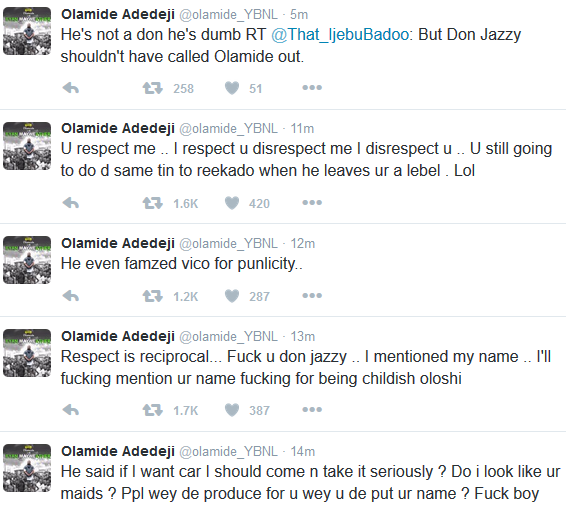 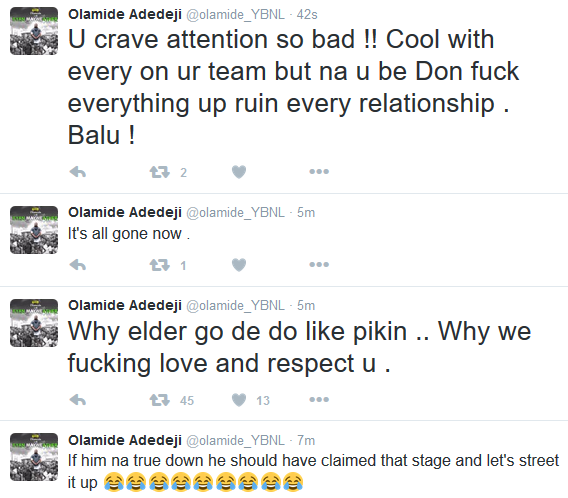