A murder investigation has been launched after a teenager was stabbed to death at a house party in Peckham, London, days before he was due to go to Nigeria on holiday with his family.
Leoandro Osemeke popularly known as Showkey, a 16-year-old musician was found with knife wounds to his upper body after police were called to a disturbance near a large house party at Colgrove Road on Friday August 5, at 7.19pm. Despite paramedics’ efforts to save him, the teen died at the scene. 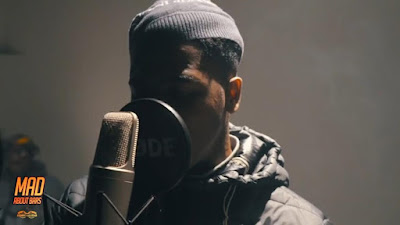 Footage taken at the scene shows police working to save the victim who was slumped bleeding on the ground while a crowd of distressed teenagers gather around. Southwark police, who are investigating the murder have retrieved multiple weapons from the scene. 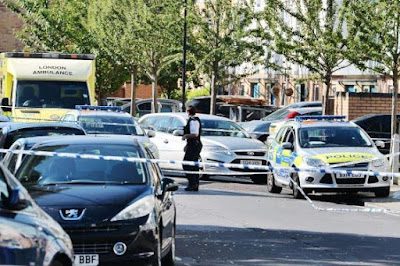 A 15-year-old was arrested today on suspicion of murder and remains in police custody, Metropolitan Police said.
Tributes have poured out for the victim, who is the fifth teen this year to have been knifed to death in the capital. His family has been devastated by his death, which came days before they were due to go to Nigeria on holidays. His father Emmanuel said: We are in mourning . We will all miss Leoandro deeply. He was highly talented and intelligent and loved by many.” 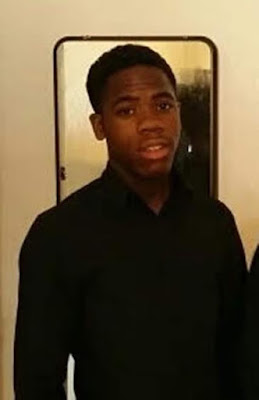 “My son was a wonderful boy and never in any trouble. He was heading for a career in music, he was a great writer and a true talent. He wanted to be remembered as a legend and he will be for us.”
Leoandro’s mother added: “He was an amazing son.”
Flowers have been left outside the Woodpecker community centre in New Cross.
His godbrother said: “People in the community wanted to pay tribute to them together because they were both good friends. We are all asking ourselves why this keeps happening.”
Leoandro, who released songs and mixtapes under the name Showkey, was a pupil at Addey and Stanhope School in New Cross and had been due to collect his GCSE results this month. He was planning to study music at college and had been tipped for success in the music industry. 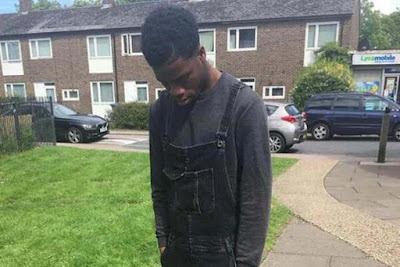 His older brother, who performs under the name Slimzy, paid tribute to his “best friend, right- and left-hand man. He wrote on social media:
“Your legacy remains, and you linked with M-Dot [Myron] earlier than expected but just know I’m there for you. I wish I was close enough to you when it happened so I could protect you but I wasn’t. I know you had plans for the future and will definitely see each other one day.

Dajo Dele-Ojo, one of his former teachers, told the Standard: “I’m in complete shock. He was a good student and worked hard and had a real talent for music

Showkey’s manager, Junior Anim, told the Standard the teenager was “just like any other young boy, full of energy with big dreams and aspirations. “His talent was undeniable and he would have been successful in music or any other trade or skill he put his mind to”

Friends of the boy have shared pictures of messages on social media suggesting that he “knew” he would be stabbed. One, apparently written by the rapper, read:
“Road life is mad. Anything could happen. Man could get stabbed or anything. But if I am going to die I’m going to be a f****** legend.
Emotional posts were written by friends of the rapper, including Grime artists Novelist and Giggs. The killing comes months after Myron Issac-Yarde, a 17-year-old rapper and friend of Showkey who went by the name MDot, was killed in New Cross.
After Mdot’s funeral, Showkey recorded a moving rap tribute in which he said:
“Wrong time wrong place wrong person.”
Speaking of the night Mdot was stabbed, he added: “That night was tragic, paramedics trying to tell me ‘don’t panic’.
A statement released by the Metropolitan Police yesterday, August 9, reads:
“A boy appeared at Highbury Corner Magistrates’ Court, today, Tuesday, 9 August, accused of the murder of a teenager. The 15-year-old was remanded in custody to appear at the Old Bailey on Wednesday, 10 August, accused of the murder of Leoandro Osemeke, 16, of Peckham. The incident happened on Colegrove Road, Peckham, at 19:19hrs on Friday, 5 August following reports of a disturbance.”
In this article: